What is sound design? 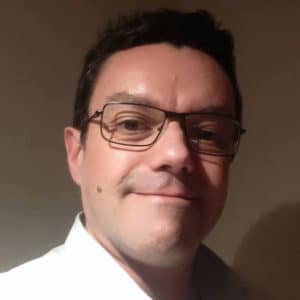 PrevWhy buy sound banks?
How do you set up your studio? Episode 2Next
Notez l'article
5/5 - (1 vote)

More and more people are talking about sound design, but what is really the Sound Design.

Whether it is in music, cinema, video games or more simply through the realization of an application for the phone or for a home device and until very recently in marketing, sound design in this 21st century takes a prominent place in our hearing universe.

A brief history of sound design.

The use of sound elements to achieve a desired effect is the basis of sound design.

We can say in this case that it is the staging of sound and we find this in the whole multimedia universe that our ears perceive.

It is present in all civilizations whether it is current or ancient with a mode of oral tradition sometimes considered as part of the folklore of a people.

If at the beginning the sound design was the reproduction of existing sound example, the barrissement of an elephant, the noise we hear when we bite into an apple, it quickly appeared a need to manipulate the sound capture made to be able to transform it and create new sounds specific to the atmosphere of film codes, music, video games and tools of our daily lives.

Let’s talk about this famous folklore, imaginary where music is not enough to transmit an emotion or a feeling. To explain it clearly, imagine a film where you see a dragon with powerful music in the background but no sound emitted by the dragon when, for example, it screams and spits fire.

Wouldn’t that be weird for you?

Sound Capture: the base

If at the beginning we talked about sound capture, this term will quickly turn into sound design as soon as there is an intention to manipulate the recorded sound.

A very simple example: deforming an impact that one would have given with a hammer on an anvil.

There are many ways to rework the original sound.

The basic processes of sound retouching are multiple and varied. To list them would be too important.

Knowing that currently with computer technology it is possible to combine several processes of sound retouching in order to completely deform, destructure a sound to reshape it according to a visual requirement.

Apart from the sound retouching that can be done, it is possible to record sounds that do not require major retouching but which allow by their re-recording to create new sounds.

A very simple example and that of Darth Vader’s breathing. It is no more and no less than a diving mask in which the inhalation and exhalation have been recorded. This same recording was played on a loudspeaker in a long corridor and re-recorded with the acoustic effect of the room. Lord Vader’s Breath had just been created by Ben Burtt.

it is possible to record tones that do not require major retouching but which, by the addition of other tones, make it possible to create new tones.

Another example coming from starwars with the Pod Race, Logically for this modern motor racing vehicle sound effects are used as a sound base if you listen carefully, you can hear Formula 1, jet planes, motorcycles, rockets, helicopters or even boats or old motor cars with extremely noisy engines. The sound design was brought to the forefront by superimposing these sounds with recordings of an electric razor in action pressed against a metal bowl. They did the same with an electric toothbrush.

Then in sound design we can use synthesizers, samplers … Whether physical or virtual.

Vive le 21e siècle vous me direz vous, not so much because for information the sounds of R2D2 are realized by a modular Arp 2600 Synthesis in the 70’s…

It is interesting to see the evolution from a sound and musical point of view.

For all American blockbuster fans, for a number of years now the orchestral music used for some action movies has been renamed Epic Music.

Many film music composers have worked on mixing genres through this musical style. Within this style, synthesizers took their place and rock music and even metal were included, but where the evolution of the style appeared was when sound design made its appearance in epic composition.

For the record, remember the movie Inception. In this film appeared in the music composed by Hans Zimmer a new type of sound that was called “Bramm” to attract the attention of the public.

Yes, let’s talk about marketing for God’s sake! Because capturing the public’s attention is a necessity for marketing agencies. And as long as you need to use sound and/or video, Sound Design is necessary…

The sound design at the end?

Personally it’s been a long time that I’ve been doing sound design in my musical creations as well as in the making of sound banks.

The work of a sound designer is full of surprises and with the advance of technology and you have to put yourself in it even if only in your musical compositions, because what is important for you musically certainly requires to be heard, quality, and inspiration which inevitably nowadays goes through the sound design …

The question is what type of sound design can you incorporate into your music?

Let me hear your musical style if you want an answer…